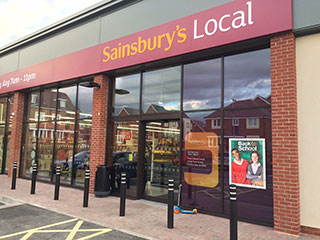 In August 2015, the eagerly anticipated Sainsbury’s Local opened for business in Malvern Vale, Worcestershire.
Heming Services was appointed by the Hinton Group to undertake the 370 square meter, £500k store construction which started in February.

Two further projects with a total build cost of around £2m are currently being discussed between the two companies.
“This was the second Sainsbury’s Local we have delivered in the last 12 months following on from the opening of its store on Barbourne Road, Worcester,” said managing director, James Hinton.  “We look forward to working with Heming Services and Sainsbury’s again in the future.”