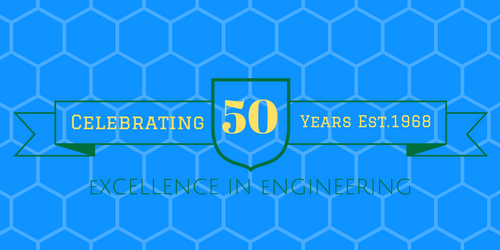 Our team aims to celebrate its 50 years of service in style later in the year.

The Heming Group of companies, is a family owned business which has been providing high quality agricultural and plant engineering services for over 50 years. The Cotswolds based Company was founded in 1968 by Robert Heming, trading as R G Heming Agricultural Engineers– known locally for his vast knowledge of agricultural and mechanical engineering.

Robert and Pat welcomed their son Peter into the business in 1985 and developed the company to provide groundwork services. The Heming Group became a Limited Company in 2004 and in 2010 daughter Sally was welcomed into the team. Peter became Managing Director – overseeing the Group - and it is widely recognised that this has led to its phenomenal success since that time.

The family run business has grown from strength-to-strength, now employing over 35 team members and receiving accolades including Agricultural Apprentice at Youth Skills Olympics at Lyon in 1995, Small Employer of the Year at the 2016 Gloucestershire Apprenticeship Awards and the EIC Award for Electrical Apprentice of the Year 2017.

Robert Heming, founder of the Heming Group said “It’s been an amazing journey for me to see my business grow from strength to strength, from one small office to such a large, local and well regarded company. My aim was to create a successful family business and I’m really proud to have achieved that.”

Peter Heming, Managing Director of Heming Group said “I am proud of what my Father has achieved and work hard to head up the Group in a way that will continue to make him proud, working alongside my family and a fantastic team. We work closely together to make sure our customers’ expectations are not only met but exceeded. I look forward to the next 50 years and seeing the companies grow – we will celebrate in style at Christmas!”